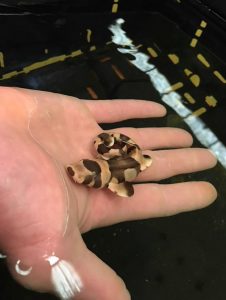 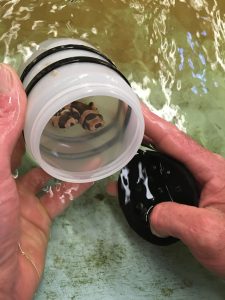 How do Sharks Reproduce?

Sharks have been around for a long time, making them evolutionarily successful. Over hundreds of millions of years of evolution, sharks have developed a wide range of reproductive adaptations, a characteristic which has allowed them to survive major extinction episodes. Variety in brood size, ovarian cycles, gestation periods, mating systems, and the differences among nursery habitats have given sharks many opportunities to endure changes in their environment. However, some particular adaptations (i.e. length of reproductive cycles) have left many species very vulnerable to the ferocious appetite of man.

Unlike other fish, sharks spend the first part of their lives in their mother’s uterus

Most bony fish produce many eggs and sperm and shed them into the water, which is considered a primitive form of reproduction. In this method, the embryos have little yolk, hatch as larvae and require much time to develop, leaving them vulnerable to predation and environmental factors. Obviously, this mode suffers high mortality, but is balanced out in sheer mass numbers.

All sharks have developed internal fertilisation as a mode of reproduction. This approach to reproduction results in fewer numbers of large young that spend the vulnerable portion of development inside the relatively safe refuge of mum’s uterus until they are born ready to evade predators and competitors, enhancing their chance of survival. 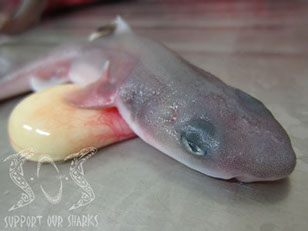 Shark Embryos can be Cannibals

Oophagy, a form of nutrition found in species such as Bigeye Thresher, Pelagic Thresher, Shortfin Mako, and Porbeagle Sharks, evolved early in cartilaginous fish and allows the ovary to grow very large, over 5 kilograms, but the eggs are small, 5-7mm in diameter. Most of the eggs that exist are for the nourishment of the developing embryos that rely on the yolk for only a short time period. The embryos, at about 5cm, begin to ingest the other eggs by using temporary tooth structures. Only a few fertilised eggs are produced early on in gestation. The ‘feeding egg cases’ are produced by the female after the fertilised eggs.

Intrauterine cannibalism occurs when the embryo reaches about 10-12cm, seeks out other embryos for dinner. All of the yolk consumed means these embryos are born relatively large, like the Sandtiger pups that are sometimes larger than 1m at birth, about one third the adult size.

Some Sharks & Rays have a Type of Placenta

Rays commonly demonstrate a method of nutrition delivery to their embryos by creating a placental analogue, something that acts like placenta. A part of the uterine lining secretes a nutritive substance called embryotrophe, which is ingested by the embryo.

Placental viviparity refers to the method of nourishment that involves the yolk in the yolk sac and occurs only in the Carcharhiniforme order of sharks. The embryo ingests the yolk for the first few weeks and as it runs out, the sac gets long and thin, one side becomes vascularised with blood vessels and grows together with the uterine wall, creating a yolk sac placenta. All the nutrients in the mom’s blood are then shared through the placenta, a nearly inexhaustible supply of energy. As long as mum’s healthy, baby shark will be, too. This method of nourishment has evolved independently 11-20 different times within the Elasmobranch group, resulting in the diversity of the structure.

Sharks either lay eggs or give live birth.

Sharks deposit eggs through oviparity or give birth to live young through vivparity. Their fecundity, potential reproductive ability, ranges from 1-2 a year to a possible 300 produced by whale sharks.

The oviparous form of reproduction, egg-laying, is considered a primitive form and common for Benthic, Littoral, and Bathyal Sharks, about 40% of shark species. Tough egg cases are laid on the substrate or attached to structures on the sea floor. The embryos within the cases are nourished by the yolk sac but those nutrients are limited so the young emerges small. Incubation in the case can last from a few months to more than a year. Oxygenation and ventilation occurs through the slits in each side of the egg case as the embryo constantly fans its tail, increasing water flow. All eggs are laid in pairs and there is some evidence that the substrate upon which the eggs are laid is somewhat chosen by the mother. Bullhead sharks have been observed picking up egg cases and wedging them into secure positions in the substrate.

Viviparity is the mode of reproduction when the embryos remain in the uterus for all development. The embryo’s nourishment can come from the yolk or the yolk can be supplemented by a connection to the mum. When there is no placental connection between mum and embryo but the embryo remains within the uterus for development, it is called aplacental viviparity, also referred to as ovoviviparity. There are three forms dependent on how the embryo is nourished. The embryo can be dependent on yolk only, nourished by other eggs in the uterus, or nourished through placental analogues.